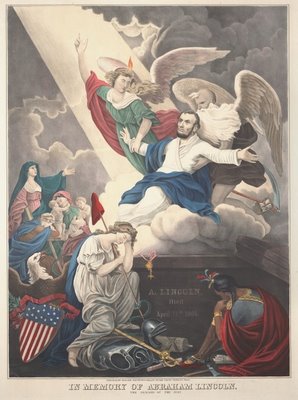 The major impetus behind the GOP delegation attack on AP United States History in the Oklahoma State Legislature was their stated objection that the AP curriculum did not focus upon the concept of “American Exceptionalism” but instead on “negative” aspects of history. This highly inflammatory action drew widespread national ridicule and embarrassment directed towards these Sooner State yahoos at the helm of its legislative body and their Okie sycophantic echo-chamber in the sticks. The elitist secular mainstream media is always in search of another “Scopes Monkey Trial” in the buckle of the Bible Belt in fly-over country, and this case seemed to have all the necessary stock dramatic elements.

So what is “American Exceptionalism?”

Professor Koh defines “American Exceptionalism” as: “The perception that the United States differs qualitatively from other nations because of its unique origins, national credo, historical evolution, and distinctive political and religious institutions. The phrase sometimes also connotes the notion that America’s canonical commitments to liberty, equality, individualism, populism, and laissez faire somehow exempt it from the historical forces that led to the corruption of other societies. In American political life, the concept flows through the rhetoric of nearly every American President, from Washington’s Farewell Speech, to Lincoln’ Gettysburg Address, to Reagan’s image of a shining city on the hill, to nearly every post-September 11 speech of George W. Bush.”  (Recently Obama evoked the concept also.)

But as the various volumes in this Amazon book list demonstrates, the notion of “American Exceptionalism” has always been fraught with a double meaning, both positive and negative.

There are those American triumphalists, both academic historians and political actors (particularly neoconservatives), who have held that the United States has been “the redeemer nation,” “the one indispensable nation.” By its unique geography and ideology, America is sui generis.

“The exact term ‘American exceptionalism’ has been in use since at least the 1920s and saw more common use after Soviet leader Joseph Stalin allegedly chastised members of the Jay Lovestone-led faction of the American Communist Party for their belief that America was independent of the Marxist laws of history ‘thanks to its natural resources, industrial capacity, and absence of rigid class distinctions’. However, this story has been challenged because the expression ‘American exceptionalism’ was already used by Browder & Zack in Daily Worker (N.Y.) on 29th of January 1929, before Lovestone’s visit to Moscow. In addition, Fred Shapiro, editor of The Yale Book of Quotations, has noted that ‘exceptionalism’ was used to refer to the United States and its self-image during the Civil War by Times on August 20th 1861.[8]

“However, American Communists started using the English term ‘American exceptionalism’ in factional fights. It then moved into general use among intellectuals.[9][10]”

Again, it is particularly ironic for neoconservatives (who played major roles in the Nixon, Reagan, and George W. Bush administrations) to be among the most widespread contemporary promoters and adherents of “American Exceptionalism” because of their egregious and fully documented roots in American Trotskyist Communism and later as agit/prop tools of the CIA (See Below):

The New York Intellectuals and the Invention of Neoconservatism, by Denis Boneau

The Truth About Neoconservatism, by Ron Paul

Then there is another collection of academic historians and political realists who have a more forthright or clear-sighted revisionist analysis of the role of the United States, unencumbered with a jejune agenda promoting the domestic and imperial aggrandizement of state power and domination of civic society.

An excellent case in point is Professor Alfred W. McCoy and his insightful article below:

“The Real American Exceptionalism: From Torture to Drone Assassination, How Washington Gave Itself a Global Get-Out-of-Jail-Free Card,” by Alfred W. McCoy

Alfred W. McCoy is the J.R.W. Smail Professor of History at the University of Wisconsin-Madison. Over the past forty years, his writing about Southeast Asia has focused on two topics–the political history of the modern Philippines and the politics of opium in the Golden Triangle.

The first edition of his book, published in 1972 as The Politics of Heroin in Southeast Asia, sparked controversy, but is now regarded as the “classic work” about Asian drug trafficking. Now in its third revised edition, this book has been translated into nine languages, including, most recently, Thai and German. Three of his books on Philippine historiography have won the Philippine National Book Award–Philippine Cartoons (1985), Anarchy of Families (1994), and Lives at the Margin (2001). In 2001 as well, the Association for Asian Studies awarded him the Goodman Prize for a “deep and enduring impact on Philippine historical studies.”

His recent book, Policing America’s Empire: The United States, the Philippines, and the Rise of the Surveillance State (2009), draws together these two strands in his research–covert operations and Philippine political history–to explore the role of police, information, and scandal in the shaping both the modern Philippine state and the U.S. internal security apparatus. In 2011, the Association for Asian Studies awarded Policing America’s Empire the George McT. Kahin Prize, describing the work as “a passionate, elegantly written book.”

In 2012, the Yale Graduate School Alumni Association awarded him the Wilbur Cross Medal which is presented annually to “a small number of outstanding alumni” to recognize “distinguished achievements in scholarship, teaching, academic administration, and public service.” Simultaneously, the University of Wisconsin-Madison gave him the Hilldale Award for Arts & Humanities.