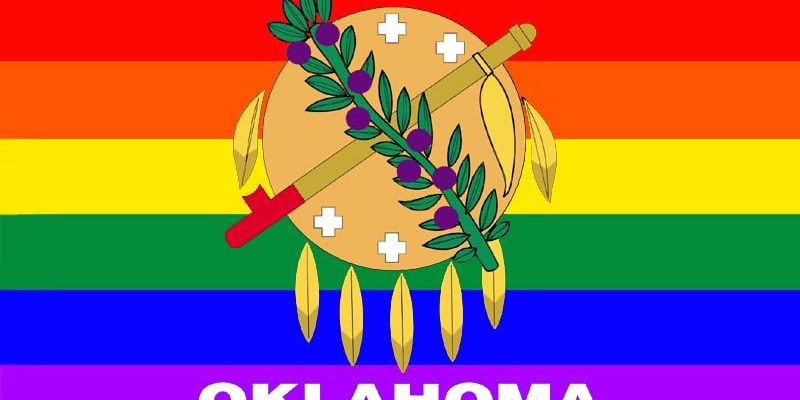 Marriage Equality in Oklahoma: What’s All The Hullabaloo About?

Marriage equality is an issue I can remember being discussed by my parents, even as a young boy in the early 2000’s (sorry to make anyone else out there feel old). For a good long while, I thought about how I could approach this article from a standpoint of small government and individual liberties, citing bookmarked pages of a law dictionary and scholarly articles, and discussing the precedents of federal vs. states rights. But then I decided that was boring and dry, you can find that anywhere on the Internet; today I’ll just be a human, tell you things from my own perspective, and while doing so hopefully strike the real heart of the issue and make you think. If instead you just want to read some official news stories on the recent federal ruling, you’re free to do so by browsing around here, but you should stick around anyways.

When it comes to my background, I no doubt grew up surrounded by certain stigmas and presuppositions concerning the issue of gay marriage, marriage equality, or however else you decide to label it. This made me realize something: I’ve had labels slapped on me my entire life, much like you I’m sure. I pretty accurately fit the description of an early 20’s, middle-class, straight white male, who grew up in a Conservative, Christian, home-schooled family in Oklahoma.

I mean, try to tell me with a straight face and honest conviction that you didn’t just now get the image of me in cowboy boots with a pickup truck, runnin’ ’round with the good ‘ol boys in the back-country of Oklahoma. And frankly, I’d be lying if I told you I didn’t love running around in the outdoors with my friends, even if I’ve never owned any cowboy attire or a pickup truck. But in the end, is that really my identity? Is that who I actually am, or just a pseudo-understanding of what makes Doug Landers so Doug Landers-ish?

Bear with me for a moment as I run down this rabbit trail, but it’s actually super interesting how the human brain works, isn’t it? I’ve recently learned of a certain part of our brain called the reticular activating system (RAS). In any given second, our brains are constantly absorbing and sorting through 2 million bits of data. That’s a lot of freakin’ information.

Everything from the words you’re reading on the screen right now, to the sensation of the bottom of your feet inside your shoes, to all the different noises around you, your brain is actually processing and sorting through constantly. Out of 2 million bits of data processed by our brains per second, we process only 5-7 of them consciously. So basically, about 1.99 million bits of data our brain processes get instantly deleted, distorted, or generalized. If we were to consciously do this, we’d literally go insane and our brains would explode (my own scientific evaluation), because most of that information isn’t useful to begin with. Our brain just picks and chooses what to focus on, and forms generalizations based on our presupposed beliefs.

All that being said, hopefully you can understand a bit better why your brain jumped to images of me going mudding in a four-wheel drive when I told you the geography of my upbringing and what my family’s belief system is like. It’s actually a perfectly normal thing that your brain has to do just to make sense of the world around you. The only problem that can come along with this is not realizing that much of our understanding of how things work, including people, is pretty flawed, partial, biased, and even completely wrong sometimes.

The point I’m really trying to get across with this rant about psychology, rednecks, and hasty generalizations, is that in the end we’re all just humans. When it comes to any conflict, regardless of politics or religion, it’s super important to simply give others the benefit of the doubt, get to know what is actually driving them, and stop jumping to conclusions about others’ motives. If that’s the only thing you’re able to glean from reading this today, then you’ve got a pretty solid foundation to being a better human being.

I’d be remiss if I didn’t at least touch on some of the underlying problems with the whole marriage equality issue, so here goes.

Very basically speaking, the issue in Oklahoma stems from this series of events:

Of course there are plenty of other related court cases and battles, but this is a blog, not a senior thesis, so I won’t be going into any of those nitty gritty details.

So, Why Does Government Recognize Marriage in the First Place? What a wonderful question! Generally speaking, marriage in terms of government and law really has nothing to do with religious institutions, and more to do with tax laws. Following are just a few benefits that “married” couples have, in the eyes of the government.

From my perspective, it seems as if both sides of the argument are actually having two completely different debates, which may explain the reason no one will ever “win” it.

From the right, we most typically hear something to the effect of: “If the government recognizes same-sex marriage, then our religious institutions have lost their sovereignty”.

From the left, the argument usually comes as something like: “If government is going to grant one couple certain tax breaks and benefits, why should they be allowed to pick and choose who gets those benefits?”

The real heart of the issue is that government is involved at all. If anything, government’s recognition of marriage should be termed as “civil union” or something similar. This would allow for religious institutions to retain their sovereignty on the issue, while also not discriminating against who gets certain tax benefits under the law. Taxation is theft anyways, so we should at least all be stolen from equally, right?

Of course there will always be outliers and extremists, but they are few and far between; making hasty generalizations about either group based on a single representation of them is dangerous. Remember the reticular activating system?

All politics and religion aside, the most important thing to remember throughout this debate is that we’re all just human beings. No matter how things turn out, individuals should never let any petty argument or disagreement change how they respect or treat another individual. Regardless of any factor, each individual has equal rights to enjoy the same freedoms as any other, especially if that freedom means just a little less government intervention in their life.

PS- Here’re a few more points I could have touched on but just didn’t have the time:

If you enjoyed this blog post, or the other ones on this page resonate with you, then you should go Like our Facebook Page, connect with us, and come to our next meeting! Alternatively, if you’re in another state and would like to start your own Liberty on Tap, get in touch with us and we’d be happy to give you some tips!

You can also check out my personal blog here to get more content written exclusively by me!

3 thoughts on “Marriage Equality in Oklahoma: What’s All the Hullabaloo About?”