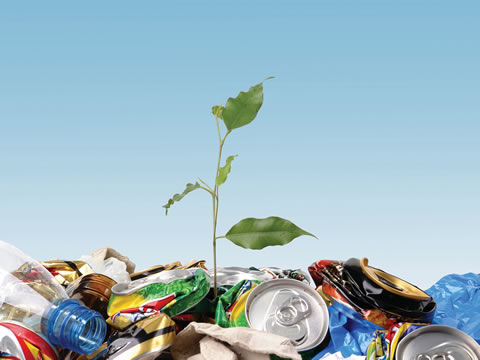 I have a confession to make – I am a tree hugger. I believed that everyone should recycle and I fully supported ordinances for recycling, banning plastic bags, regulations to reduce pollution and so on.

With April being the month of Earth Day, I thought it was a good time to discuss this topic, which is vast and therefore, I cannot possibly cover it all in a short blog so I will hit on some of the main points and share some links for further study and reading.

“The idea came to Earth Day founder Gaylord Nelson, then a U.S. Senator from Wisconsin, after witnessing the ravages of the 1969 massive oil spill in Santa Barbara, California. Inspired by the student anti-war movement, he realized that if he could infuse that energy with an emerging public consciousness about air and water pollution, it would force environmental protection onto the national political agenda” – http://www.earthday.org/earth-day-history-movement

What is environmental protection? Why should we care about the environment? It is a symbiotic relationship: we take care of it, it takes care of us. Ultimately, it is about our health and survival, not the planet’s.

See, the earth adapts wonderfully! There is no threat to this planet that has been around for billions of years, aside from maybe some highly improbable threats, but to say that the inhabitants of this planet will destroy the earth is false. We will destroy ourselves first then the earth will do what it does best, grow more trees, plants, support wildlife, and carry on.

The same year that the Earth Day movement began, the Environmental Protection Agency was formed. Now we have an agency that over regulates citizens, industry, makes a ton of money in the process and infringes upon property rights. The EPA has imposed horrendous fines upon people for bogus violations. People have been fined for implementing improvements on their own property and are fined severe amounts that could never be paid.

But the EPA protects wildlife, habitat, water, air, and us of course. Or does it? Are we all doomed without the EPA? Does it really help or does it hinder? Can the market support environmentalism?

What is Free Market Environmentalism anyway? Some believe the free market and environmentalism are polar opposites. You cannot support both. But it is not a contradiction and it is better than any other alternative.

Walter Block, an Austrian economist and libertarian, uses the term watermelon critic, who is someone green on the outside and red on the inside.

Block believes privatizing everything will protect individuals. Is it perfect? No. But government control and regulations are not either. There will never be perfection, but it will likely be more effective.

Terry Anderson has written books on free market environmentalism and I encourage anyone interested in this subject to read the one titled, “Free Market Environmentalism”, which focuses on the importance of property rights in supporting environmentalism.

Another place to explore is PERC—the Property and Environment Research Center—is the nation’s first and largest institute dedicated to improving environmental quality through property rights and markets. Founded more than 30 years ago in Bozeman, Montana, PERC began as a think tank where scholars documented how government regulation and bureaucracy often led to environmental degradation. PERC sought to explore how property rights and markets could play a more direct role in improving environmental quality.

I have included a great essay regarding recycling. 8 Great Myths of Recycling

In addition, if you missed the post regarding Tulsa’s curbside recycling program, I encourage you to read it. No Recycling Bin For You: City of Tulsa to Put ‘Bad’ Recyclers in Time Out

Don’t feel guilty about throwing that styrene cup away or not driving 30 minutes to find a recycling center for your phone book. The watermelons have conditioned many of us to wonder about things like, “What can I do with this plastic shrink wrap that this book was wrapped with?” Instead, read the essay and restore some sensibility back into that melon.