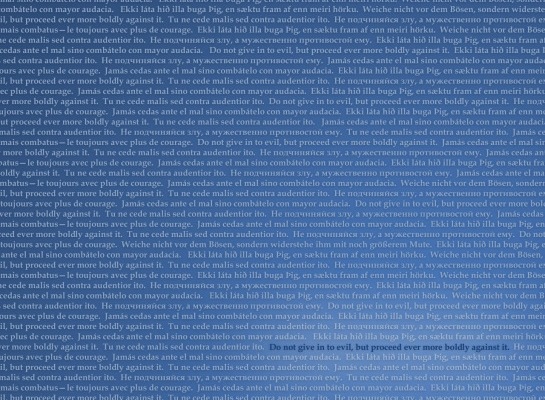 When discussing principles of freedom, true freedom where people are not ruled by others, I often hear “It would not work. History proves that there will always be a group of power grabbers, a gang of thugs, ruling people. Why try? You cannot change anything. What difference can you make?”

Perhaps in my immediate little world I do not seem oppressed. I come and go as I please. I grow my own food. I home educate my child. I feel safe in my home. What is the problem?

Let me see….my money is stolen from me to fund things to which I do not consent. If I do not comply, property may be seized. I may be jailed and my family or I may be harmed. The police state is growing with its license to murder. Innocent people (and dogs) are gunned down, caged for possessing a plant, and their lives stripped of dignity and rights and often the means to make a living.

Why are we prohibited from ingesting whatever we choose? Why are people suffering from unjust laws? Why are we stolen from and threatened by other people who believe they have a higher claim to our lives than we do and are allowed to legislate morality?

How did we get here? And how do we get out? Is it the psychology of authority that people believe they must have rulers? Or because power hungry psychos have been setting the stage for centuries? How and why have we allowed other people, strangers, to make decisions for us? And when we ‘step out of line’ we are punished. Is there any hope in changing this?

I presented these thoughts to a few friends, fellow activists, and received good responses.

One proposes that people fear freedom, or maybe it is the responsibility of freedom. To have no rulers, no government, no monopoly on violence, is somehow frightening.

Another point addressed is that tyrants have ruled for so long because they are better organized. This is an interesting point. I would point out though that rulers use violence and most people who practice the philosophy of liberty practice non-aggression. Even though we are violently oppressed and would be justified to defend ourselves, it would take a well organized mass to over throw the state’s agents which would essentially be a “revolution”. A revolution typically replaces one ruling class with another and liberty lovers understand the danger in that. The revolution must take place in the minds and ideals of people.

Some people are fighters. It is in their nature to stand up to evil. Why would we not? Why would we quietly submit? If someone entered my house and declared himself ruler and imposed his rules on me why would I not oppose him?

What I see as the largest hurdle is the belief that others have the right to rule. When I hear the argument “it’s never been done” or “show me where this is happening”, though there are some examples, the problem is that people have been duped into believing that there must be a violent gang of thugs to prevent violent gangs of thugs from “taking over”. Until this programming is broken down and people are no longer afraid of freedom then they will get exactly what they ask for and a minority who would never subject others to such tyranny are forced to live with it.  If I am forced to comply I will do so in protest. I will not remain silent.

History is often the best indicator of the future. However, it does not predetermine our future. We have technology on our side today. We are able to share information in an instant across the globe. This may be our best ‘weapon’ in bringing forth a new age of organized freedom defenders without using violence and aggression.