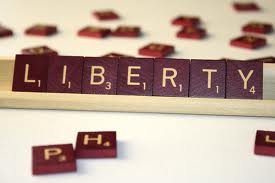 Speech given 2.23 at the Day of Resistance Rally for Liberty

– Good afternoon! Thank you all for being here. For you to be inside listening to us when it is so beautiful outside really shows that you all have a heart for fixing the mess that generations of bad policies.. and politicians.. Have put us in. Give yourself a round of applause!

I would also like to take a minute to thank Amanda Miller and the entire Day of Resistance crew for putting together this fantastic event.

Samantha and I have recently been enthralled with the Netflix series House of Cards. Has anyone here seen it? Well, don’t worry, I won’t give away the plot. But the essence of the show is in the ruthlessness of politics, specifically in the main character Frank Underwood. Through the eyes of Underwood we are shown a Washington in which mortal men consumed with the desire of power and control seek those goals without hesitation with the type of manipulation that it encourages and condones.   Through a fictional show we are shown a truer Washington than that in which we are accustomed to seeing on the nightly news; it’s unromantic, deceitful, and dirty.

You see, we have been willfully mislead, misdirected, hoodwinked, bamboozled, misinformed.. lied to, into believing that Washington is the center of that in which we must look to for guidance. Just as Toto pulled the curtain back on the Wizard, so too does Kevin Spacey pull back the curtain on Washington in House of Cards. Only with better acting.

I say this to say, Washington is not and will not fix the problems that we face as a people or as a nation.

We have heard today just but a few of the transgressions that the federal government has committed against us and our constitution. NSA spying of innocent American citizens, Unconstitutional intervention of the market through the Affordable Care act, and Second Amendment infringements just to name a few. I could go on about the injustices committed in the name of the war on terror or in the name of the war on drugs or the war on whatever else they have decided to declare war on, but I would like to talk with you about the steps, the direct action we can all take to begin the process of reclaiming our rights to be individuals.

Austrian economist Murray Rothbard once said “Rights may be universal, but their enforcement must be local.”  Many claim that Washington is where we should look in order to place our country on the right track, and while I agree that the national scene may be one avenue to take, I do not believe it is the most productive at this time or that it should consume the majority of our time or energy. Don’t misunderstand me, having Jim Bridenstine in Washington fighting to abolish the IRS is commendable and should be encouraged (so please encourage him!) and this upcoming open Senate seat may afford the people of Oklahoma to send, if chosen wisely, a voice of reason to the wilderness. But, if we are to see true and lasting change; if we are to see an expansion of liberty unlike we have ever seen before, than we must take care of our own house first. We must be willing to lay a sound foundation in Oklahoma in order to be the example for not only Washington, but for the entire country. What would a strong foundation look like? I believe a foundation of freedom would include:

So how can we begin to lay this foundation of freedom?

I believe there are two primary ways in which to accomplish this with the first being political action.

Political action looks differently to different people. Not everyone needs to get up and speak in front of crowds or needs to create groups or agendas or attend meetings. But if I had to pick the first most basic step you could take towards your new found political involvement, it would be to find out who your legislators are. Who is your State representative? Who is your State senator? Who is your city councilor? Who is your County commissioner? – Knowing who works for you is the first step in knowing if they actually work for you or not. Politicians have grown accustomed to only seeing or engaging with their own or those who are paid to engage them. Society has placed such a stigma on even talking about politics or politicians that we sometimes forget they exists. Well, they do. Just look at your pay check.

Find out who represents you and follow what they do. If you really want to get to them, ask them a few of the following questions;

Do you have an interest in streamlining government or in making it more efficient?

Will you undertake to promote welfare?

Is your aim to pass laws, or to repeal them?

Is your purpose to inaugurate new programs, or to cancel old ones that do violence to the Constitution or that have failed their purpose, or that impose on the people an unwarranted financial burden?

Will you attempt to discover whether legislation is “needed” before you have first determined whether it is constitutionally permissible?

Those questions were formed from a fantastic Barry Goldwater quote. Thanks Barry.

The thing to remember about politicians is that they want your vote. Their livelihood depends on reelection, so the more we have contact with them, the more we are paying attention to the way they vote, the more inclined they will be to follow the lead of the people.

The second step is to find a group or organization that fits you and get involved. Those tables are filled with information just waiting for people like you to get ahold of and use, so do so. The amazing thing about Tulsa County is that we have a groups for every type of person and at various times during the month. Today you took the first step. By attending this rally you have declared that you are willing to do what is necessary to restore the republic. Getting involved with a local activist group helps not only to grow your understanding of the issues, but it will also embolden your own activism. There is power in numbers, so please, before you leave today, make sure at least one of the many groups represented here receives your contact info.

The third step to political action is investment. Whether it be time, money, or your ability, in order to expand liberty and contract government, we need you to invest in your future. Money. No one likes to talk about money. But, the hard truth of the matter is that many groups and organizations spend thousands of dollars to take millions more away from you and your children. What we need is for all of you to be willing to spend hundreds together to not only retain the money you earn but to invest in the protection of liberty.

If you cannot invest financially, invest your time. Making phone calls, attending meetings at the capitol, and researching needed material, write an email or two. Phone calls probably have the most instant impact for action. For some reason people do not like calling politicians. So when they do receive phone calls, they take note of them. The one important thing to remember when making phone calls is that their staff, whoever is answering the phone, is there to do a job so please be respectful in all that you do and say.

The investment of ability is often overlooked because it is what you do naturally. What is your trade? What is your hobby? Do you write? Do you blog? Are you an artist? Or maybe a techie? Get creative and invest your abilities towards the cause of liberty!

As a conservative I want the federal and state government to take less of my money. As a libertarian I want the federal and state government to leave me the hell alone. That is easier said than done in today’s world. There is such an entangled alliance between our daily life and Washington that it has turned into a dependence in a lot of cases. City governments can’t seem to run a city without loans from DC. According to the state, education would cease to exist if the feds were out of the picture. Individuals are subsidized from everything from telephones to daycare. This dependence on Washington is not only disturbing to me as someone who advocates for very limited government but it is also detrimental to a free society. So what should we do about this culture of dependence?

Opt out. Seek alternate routes. Be aware of the enticements of the federal government and walk the other way. The only way we will ever regain the power that was taken from us is to take it back.

Civil disobedience of unjust laws should be the sign of a true patriot.

So let’s get a little disobedient.

Dare to live without a permit.

Find creative ways to solve the problems that government intervention into the market has created.

I believe the free market is the best mechanism to fight poverty, hunger, and inequality, but if the overlords of government will not allow for truly free market exchanges, then we need to be strong enough to stand up and just do them anyway.

Liberty, freedom, peace and prosperity can be found if we are willing to be the change we seek.